Dog movies produced by Walt Disney productions are enjoyed by children and adults alike because these faithful Disney dogs have created a profound impact on everybody’s lives.

If you are a dog lover you would love to watch movies related to your pooch. Watch these movies with your kids or your lovely dog. You can even take these names inspired by Disney dogs as they are a big hit!

Here are the five most loved Disney dogs movies of all times:

Shortly after Pongo and Perdy meet each other in a park and fall in love, their owners fall in love and decide on getting their dogs married along with them.

Danger awaits them as Anita’s boss, Cruella De Vil takes a fancy to the dalmatians in Anita’s home and dreams of making a spotted fur coat out of a dalmatian. When she comes to learn that Perdy has given birth to 15 puppies, she hatches a plan to kidnap the puppies and appoints her men, Jasper and Horace to do the deed who breaks into their home to steal the puppies and departs them to de vil mansion.

A dog in the meanwhile follows Jasper and Horace to find the puppies and retrieves them from where they are stolen. They flee from the place along with 84 Dalmatians stolen previously and are joined by Perdy and Pongo.

Later, Cruella blames her men for their callous endeavor and decides to find the puppies, but she gets outsmarted by all the dalmatian puppies, and after getting dumped into a vat of molasses, she stumbles upon a pig hen.

Perdy and Pongo and her babies are reunited with Anita and Roger who decide to adopt the remaining 84 puppies and bring the count to a total of 101 dalmatians.

Bolt is a very adorable, white furry animal who in the movie features in a television series where it has superpowers and rescues his owner, Penny from thugs.

After Bolt develops an inner feeling that he indeed has superpowers he gets the wrong impression that Penny has been kidnapped on set and goes on a mission to rescue her all the while Penny remains at the set wondering where to find Bolt.

Bolt encounters Mittens, a feral cat, and Rhino, a hamster who is a fan of the television character Bolt who becomes confident of the fact that he has superpowers after having some doubts on the same.

When Mittens tries telling Bolt that in real life, humans do not love their pets and abandon them as she got abandoned, Bolt barks his “superbark” to her and is loud enough to have the three of them captured by an Animal Control patrol. Later, Bolt realizes that he has no superpowers and is rescued by Rhino from the patrol van. He again feels like a hero when Rhino accompanies him to rescue mittens from the shelter and they three head westwards where they finally reach upon the television set of Bolt where Penny had finally agreed to let the series run with Bolt’s lookalike.

Bolt sees Penny petting the other dog and does not understand that its part of a scene. He takes the words of Mittens to be the truth and decides to leave when Mittens overhears Penny telling her mother how much she misses Bolt. Meanwhile, the other dog trips over some flaming torches and sets the stage on fire while Penny is trapped inside.  Bolt rushes to rescue her and does not leave even when Penny asks him too. Bolt allows his “superbark” to reach the firefighters through an air vent and is saved in no time.

Penny quits the television series after the television agent tries to use the incident for publicity purposes. She adopts Mittens and Rhino along with Bolt.

Lady and The Tramp

Lady and the Tramp is a popular dog movie that develops romantic feelings between a lady, a female cocker spaniel and Tramp, a stray male mutt.

After Lady leaves her owner’s place since they were expecting a baby and not giving her attention, she befriends Tramp on the way who she falls in love with on a candlelit dinner table. Later, when Lady gets picked up by dog catchers and brought to a local pound where other dogs tell Lady about Tramp’s past girlfriends.

When she is brought back home, she blames Tramp for not being able to save her and not telling her about his past love affairs. Tramp starts to leave, but they notice a rat entering the baby’s nursery and tries to rescue the baby when Tramp gets picked up on a wagon and Lady is locked into the basement.

Later, Lady’s owners come back to rescue both Lady and Tramp and adopt them later on.

Buddy is a golden retriever who belongs to Josh Framm, who after meeting Emma’s dog, falls in love with her and makes babies with her.

Meanwhile, Josh realizes that Buddy is good at soccer and takes him to the team, later to be banished from the league if they didn’t take out Buddy from the team. Buddy, Josh and his friends get buddy back on the soccer team by considerable help from spartans captain, Steve’s father.

Later Molly and Buddy’s puppies get abducted by Snerbert who wanted to get rich and Webster who just wanted a puppy.

Emma’s father rescues the puppies on time by throwing Snerbert under the bus on which he was trying to get away with the puppies and Webster drivers Emma Josh, Buddy and Andrea back to the soccer game on time.

Chloe is a Beverly Hills who is put under the charge of Rachel, her owner’s niece while she leaves for a trip to Europe. Rachel takes Chloe on a trip to Mexico with her friends.

Chloe does not enjoy the enjoy and flees to get home while she gets lost in Mexico. Chloe gets into a dogfighting ring where she gets acquainted with Delgado, an ex-police K9 who saves her and himself from his enemy, Diablo. Delgado offers to escort Chloe to her home till Beverly Hills while Rachel appoints her gardener and her dog to find Chloe.

Diabolo’s master somehow gets to know of Chloe’s identity and tries to kidnap her, but Papi rescues her and Delgado too. Chloe, in this movie, gets to know of her worth, her ancestors and also finds true love with Papi.

So, these were some of the best Disney dog movies that you will enjoy watching with your kids. So order some pizza and get cozy and warm for the movie time! 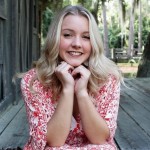 A happy wife. Coffee and make-up makes her alive and kicking. She always had a knack for writing and so here she is – awe-spiring her readers from all over the world.

A happy wife by the day, passionate blogger by night. I love to write about anything and everything in this little space of mine!

Any cookies that may not be particularly necessary for the website to function and is used specifically to collect user personal data via analytics, ads, other embedded contents are termed as non-necessary cookies. It is mandatory to procure user consent prior to running these cookies on your website.